Keven is a farm boy from the Minnesota who grew up understanding the value of hard work. Weight gain was a problem, and in high school he developed a passion for exercise after joining the school’s Acrosport/Gymnastics team. This lifestyle change helped him lose over 60lbs and started him on a life long journey in the pursuit of better health. Keven was accepted to Andrews University in 2007 where he continued his passion for Acrosport/Gymnastics by joining the Andrews University Gymnics; serving as captain of the team for several years. He also continued his development in health and fitness within his studies, graduating with a B.S. in Exercise and Fitness along with gaining his Certified Personal Trainer certificate through American Council on Exercise. After moving to Knoxville in 2012 he began working with PTI in their corporate fitness and wellness programs. He quickly worked his way to Lead Coordinator, in charge of managing corporate locations in Knoxville. It did not take long to realize that there was something missing. Exercise is only one part of living a healthy lifestyle and Keven knew that being healthy was going to take more. Keven studied and became a Pn1 Nutrition Coach through Precision Nutrition in the summer of 2017. Now he is armed with the knowledge and ability to individualize exercise and nutritional planning for client success. 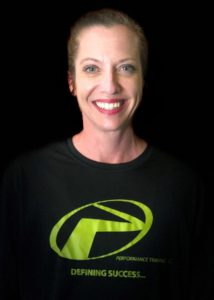 Originally from El Paso, Texas, Kris moved to Knoxville, Tennessee and attended the University of Tennessee graduating with a Bachelor’s of Science in Social Work. After college, Kris found her passion for fitness and began teaching group fitness classes and then later on added personal training. Kris currently holds six group fitness certifications which include Barre, Yoga and Indoor Cycling. She is a ISSA certified personal trainer. She brings over 18 years of fitness experience to the program and is currently a Corporate Wellness Coordinator for Cellular Sales and manages the Fitness Center at Holston Hills Country Club. 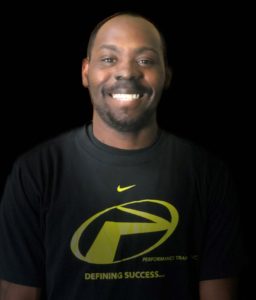 Randall Corneilus Lee grew up in Clinton, SC. Neil has been around sports all his life. He started at a very young age and even had a basketball in his crib as a baby. He played football, basketball and ran track for his high school team, where he had many accomplishments. He led his football team for two years as their quarterback where he earned all-conference, all-region and Laurens County player of the year nominee, winning the award in his senior year. He then went on to play football at the collegiate level for Tusculum. Neil graduated from Tusculum University, where he received a bachelor degree while double majoring in sport science and sport management with a minor in coaching. Additionally, Neil interned with his high school strength and condition program for two summers and also had an internship with Laughlin Memorial Hospital in the Physical Therapy rehab center.